Founder of the Anthropological Encyclopedia Center

Today we need a political man who has both experienced modernity and emerged from the heart of his ancient culture.

This political man never deceives people even with good excuses. He does not say that the situation is critical, so I am allowed to sacrifice the truth for expediency for a short time. Our political man has no rival, because he has taken his rightful place. Therefore, with great joy, he gives way to wisdom more than he should. This political man does not cling to power, because he has come to reform things and considers gaining a position and status as a cheap defect. If our political man claims to be religious, it is because religion has penetrated his fabric and if everyone is depressed and religious, he will insist on it. Our political man is not a strange gift, he has sown the seed of truth in the soil of reality, and he is waiting for the sprouts of knowledge to reap the ravages of stupidity with the scythe of courage. Our political man confronts modernity with religion. He actually makes religion a mirror and looks at modernity in this mirror. But before that, he knows better than to mirror modernity and look at religion in the mirror of modernity.

Our political man has experienced the position of religion and modernity. He knows that what they have portrayed as religion is the distorted face of the Golan and the dreamers who do not even deserve to smell a speck of the fragrance of religion. He knows that what they have presented as modernity is the germ of the living. Our political man goes with the companions of modernity to the darkest corners of the world, but he always has his eyes on the other side. He sits with the followers of the official religion, but in his privacy he opens the need for the burnt souls of the eternal wicked, and in the battle of his mission he tolerates everyone and does not cling to any string. This man? We must first be greedy. Until the quest takes root in our souls, we will not benefit from any gift. Seeking is the work and burden of the heart. This political man does not show his blessed face from the hidden angles of time, so that the people of heart and thought do not see the fearful with their souls.

Routes leading to the valley make this political man a thinker. Belief in thinkers has ancient roots in the soul of a political man. Appearances that are seemingly safe and inwardly empty will never drag our political man this way and that. He never declares his actions certain. He never thinks that he has achieved anything and he should not lose it with any trick. He does not consider everything he achieves as his own and considers himself a bridge on which others live safely.

He looks at his rich past with respect. But he does not use it as a pretext to deceive others. He stands firm in his own way, even if all the world does not want him. He does not try to agree with any powerful group or individual, merely to ensure his survival, but he forces the great powers to ponder his path. He is great in heart and will surely be glorified in the naked. Just as a small, humble seed really should be, it turns into a tangerine tree that may last for thousands of years and spread its shade.

This political man has his feet on the ground and his head in the sky. But neither organic soil nor physical sky. He seeks blessings from the earth and cares for the heaven of grace. The soil of blessing clings to the sky of grace. But he never finds this sky with him.

The sky of grace blesses the earth. But he never throws himself on it. Organic soil, on the other hand, is equated with the physical sky. The heavens and the earth provide the blessing of a battle in which a political man, with the help of a thinker, enters the fundamental realm and thus becomes human. The planets that are the moon’s soil. But they plunder the soil that never spreads the fabric of humiliation and does not base its arrogance, and this is how our political man understands all the letters and lays the foundation for anonymity, and then puts the name that is on his vagina today. In its true moment it will be the same as “is”.

At that time, our political man will first be the “strange being” and then, whether he is afraid or not, what he will wear. “There is a stranger” is the same lost gift. But surely this “there is a stranger” and this political man will be the garment of this “is” and this man the day after tomorrow, yes, for sure. The world, the artist, the philosopher, the religious, the believer and the politician, and all and sundry, at that fundamental time in their souls will be that “strange being” and their honor will borrow from that “being” and will not be determined by these names and customs.

But will this political man ever step on the soil of blessing? Without the establishment of thinkers, is it possible for politicians to look at the human horizon with wide shoulders and open foreheads? Is it possible for seeds to germinate and bear fruit outside the soil? Are politics, science, ethics, art and other human affairs other than that they are not themselves “foundations” and demand foundations? This foundation is like a house, a safe place and protection. Our political man calms down in this house as a foundation and calms down others.

But if he does not find the house, he crawls into a corner and does not show the empty house to others, because he is concerned with a stable relationship and the true will does not take place in any homeland.

Our political man must abolish the pervasive custom of considering himself first a politician and then a devotee of the covenant! It is necessary that he first be associated with the Old Testament and then necessarily step into the valley of politics and action. But this pervasive tradition has been in place for a long time and the hearts and souls of people are attached to it. What our political man does is not in the greatest way. Do you think the new Iranian is the same as hypocrisy? But men are not afraid of danger because they have an invisible heart in it.

Should a politician resort to any tricks and hypocrisy to achieve what he wants? In this case, can he be desirable to everyone? If this is the case, then there is no need for trickery and hypocrisy. Of course, he must be smart. But shrewdness should not take precedence over his original beliefs.

If so, why do not we find this political man in front of us?

But who is man? Is man that the animal is the talker and the animal is the instrument maker and the speaker is the animal and so on? Is man a powerful being who is able to conquer the world and man? Is man a sensitive and scientific being? Is man a creature with the benefit of superior intelligence among other creatures? But all these and many others have always dealt with what man is and say nothing about his identity. Is our political man involved in the battle of all this? In what sense can one pursue an ideal? So who is man? If with a safe house in which man rests. If we get used to it, we will look at the political man, the man of art, the man of religion, the man of science, and so on. Otherwise, all of these come to us with a smile.

But where is the sign of this house and who is aware of the ways leading to it? Which eye has looked at its strange grooves? The ethereal space that smells? Where is this house?

But why did we start with the title of political man? And why didn’t we talk about the man of religion, philosophy, wisdom, art, etc.? For two reasons:

One is that in a safe house, everything is in order. So what is the difference between different things ?! Secondly, because if we started with the titles of wisdom, philosophy, religion, art, and so on, we might still find the love of the people of grace on our troubles.

At the same time, the root of all this is empty! And has the seed of destruction within it. Who is the one who brought us out of the abyss and into a safe house and placed us in the arms of the right? In that house where man is the sum of all names. How depressing these meanings are today! Was it nonsense? Do we have a mirage concern? Should we accept that our ancestors have been knocking on barren gates for thousands of years? Should we consider the deafening cries of this deceptive and seemingly glorious age as the original principle and not think of losses in it? But our souls do not rest in this age of self-foundation.

So, those of you who are familiar with the worries and anxieties of the soul and your heart is depressed by all the empty names and attributes of this age and time, turn in the fundamental circle and get closer to the safe house of existence with each turn and trust the guides who should knock on the door. You will surely meet for a moment, and how blessed it is to look at the face of a man of religion, wisdom, art, science, politics, livelihood, and so on. 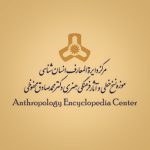 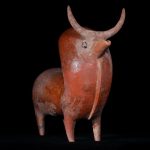 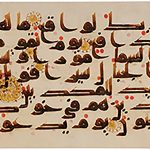